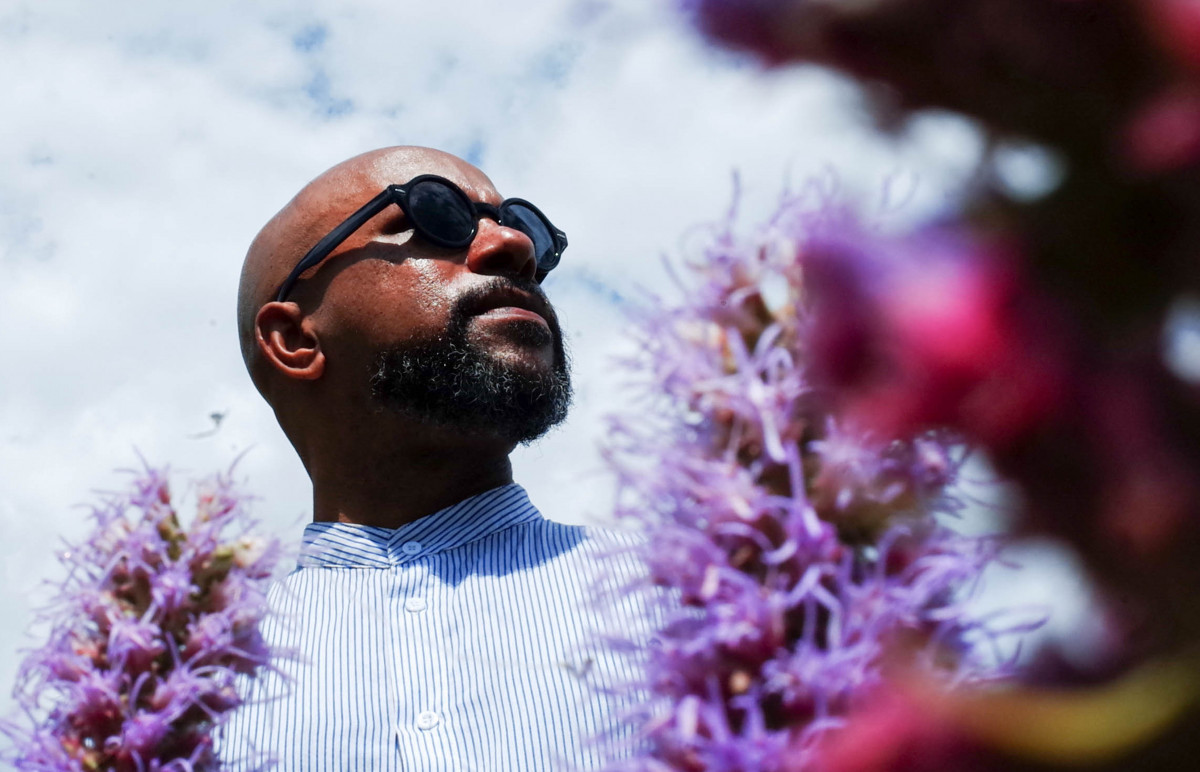 Ben LaMar Gay’s musical loves range far and wide. Steeped in the blues of his hometown of Chicago and an integral figure in his local jazz community, the cornetist and composer embraces a wide range of music, sounding it all through his horn across his vibrant, mercurial songs. His latest album, Open Arms to Open Us leaps across all sorts of portals, dipping into the dawn of jazz right on through its vibrant present moment, with glints of woozy hip-hop, Prince-ly funk, wordless ululations, Tropicália and gospel yips thrown in for good measure.

Open Arms to Open Us sounds simultaneously like everything and nothing, bringing to mind Bitches Brew, hip-hop, New York experimental math rockers Battles, Kid A, raga, samba, free jazz, D’Angelo, and the chipmunk-ed vocals employed by rave producers. But in its conglomerate totality, the album is too multifarious to bear more than a passing resemblance to any of the above. It’s a remarkable piece of musical pathfinding, sprawling in its ambition and surprisingly precise in its attack, an album where a zither jam (“Nyuzura,” featuring British-Rwandan singer Dorothée Munyaneza) gives way to triangle-assisted drone (“Slightly Before the Dawn”), which then cedes the floor to hip-hop tuba bounce (“Dress Me in New Love”).

LaMar Gay’s vision of musical “Pan-Americana”—reaching beyond the sawdust and spit image of classical Americana to include North and South American culture—binds the project together. In addition to rich baritone vocals, organ, balafon, cornet, zither, and a host of percussion instruments, LaMar Gay also contributes some fantastically sharp songwriting on Open Arms, such as the gorgeously gloomy, minor-key dread of “Oh Great Be the Lake” and the grandiloquent “Aunt Lola and the Quail,” a wealth of ideas never coming at the expense of brevity.