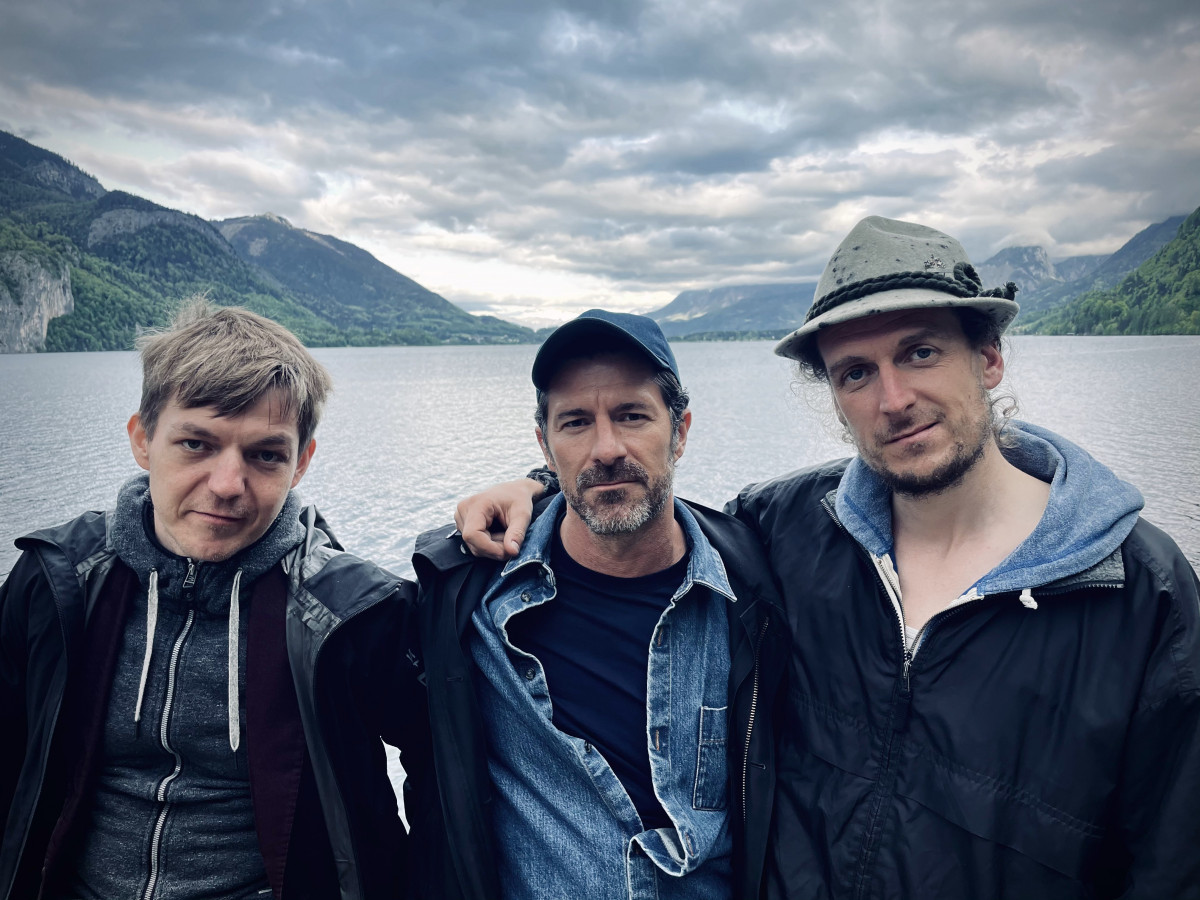 The Alpine musical cosmos is practically inhabited with extremists and specialists which often are already defined by the instruments. The here to be described and actually unable to be described case, brings the sound of tuba to our ears – this time not from the proverbial Huber but rather from a certain Johannes Bär. Thrown in, so to speak is the marching sound of Alfred Vogel’s drums as well as the sometimes phlegmatic and yet time and again the ambush like, from ADHS suffering saxophone by Andreas Broger – if, and when he is not suddenly playing the clarinet. OK, no more right now: it’s simply the Blechbaragge! Perhaps the world’s only trio with such an audacious line-up.

Never-the-less, the three musicians play whatever they want to and feel like. The reason why their first album is named We Play the March for You, without including a single march. It’s not that anyone would miss it – after all, one is fully and enough occupied to compare this crude, virtuoso, humorous and almost totally to an excess played music, disregarding borders and genres with all that boring stuff which can be heard everywhere. And to top it, this Alfred Vogel stands up and declares: The best of the Blechbaragge is, “that all those guys are from my home environment”.

Although the band has existed for ten years already, it took a break in between for nine years and 364 days. Last year however Alfred was invited to the “South Tyrol Jazz Festival”, with the request to form a band. As it turned out, Joe and Andreas were also there and quickly the idea was formed to re-animate everything again. The other two were immediately fully intoxicated about it.  Right away we played a few more concerts and had thus found our special hobby although each one of us had also some other projects going. And now we present the albums: Besides the studio recordings, the march is also strongly blown sideways for a Vinyl-LP. “Here we release under the same title free improvisations” says Vogel “which are so to speak two faces of one band.” The borders of both sides become blurred at times since „Joe and Andreas have been making music together for 20 years and are therefore able to guess afore-head where the other may probably go to. All of this in this fresh mountain air. For me, our mutual work is a natural course of action and that in itself is something very special. It’s so terribly close and tight together”. It is also very tightly weaved with Austria, although it isn’t immediately evident. “My gut feeling tells me: It is fed by the tradition of many Austrian musicians who were influenced by brass bands” Vogel thinks. “Plus we have studied improvisation, played with US-musicians from what a new territory was created for us. But clearly, the tuba, saxophone and clarinet  have folk music elements with even a marching drum and cinelles. And yet, whatever we do with it, is clearly deriving from jazz. Let me tell it like this: The album has definitely a punk attitude while simultaneously we pay respect to our tradition and also very consciously to the headwind.”

Alfred Vogel is evidentially living in the best, for him, conceivable environment. “Each one has his own suitcase filled with his own toys resulting in an unbelievable wealth”, he raptures. “And to top it, all of this at home in the Bregenz Forest! Where the incredible sounds of said tuba are reaching beyond a frequency which no bass, incidentally also substituted by the tuba, could ever produce. And whatever Johannes with his additional effect gadgets produces sounds almost like a band synthesizer”. It appears as if each member of the Blechbaragge does whatever he feels like. There are no stops or empty talks like: “no this is not fitting for us” – anything goes and is tested. And all of this not in a secret and remote quiet chamber: The creative test lab stays wide open for every music lover. With its complicated rhythm, free improvisations and unexpected melodies. It is of course only barely suited as preparation for the live-experience with the Blechbaragge, “since we are certainly no musicians who time and again wind up the very same thing” explains Alfred Vogel. “We are activating within an open space where not always a railing is available”. So, let them blow you a march!