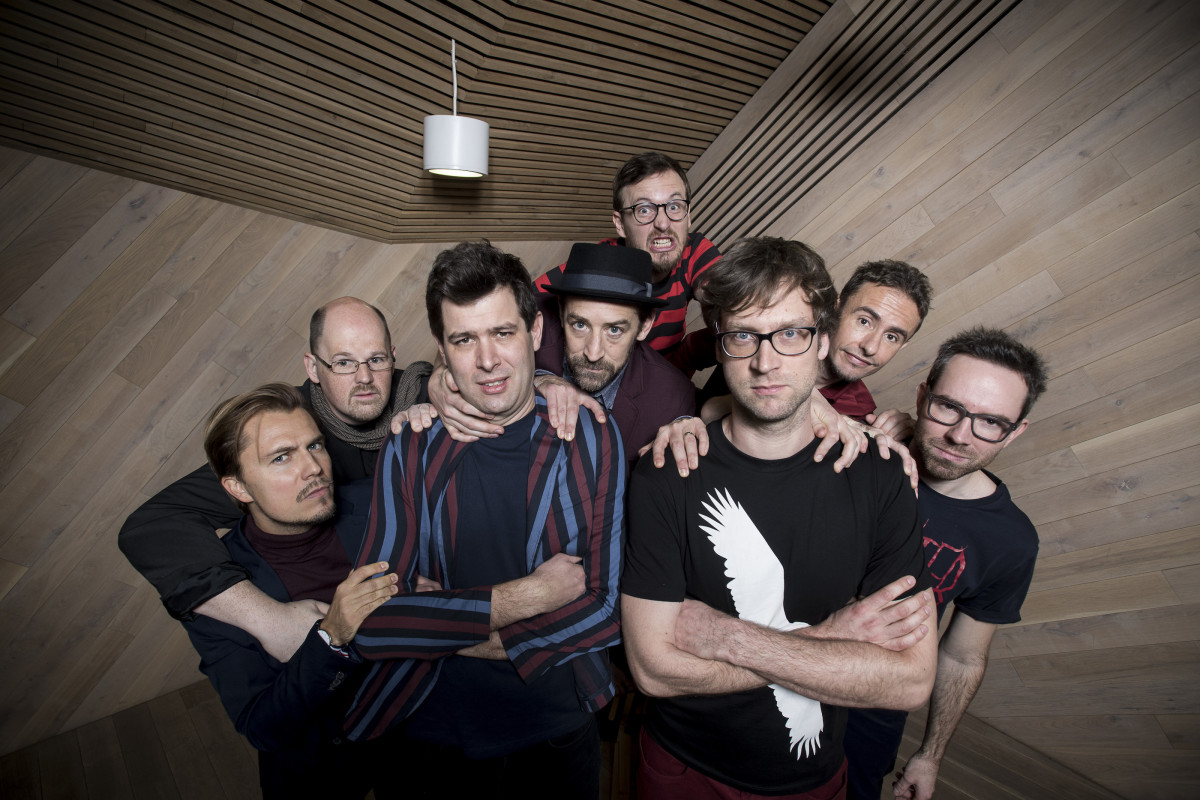 Kéknyúl plays urban dance music that draws from 70s soul and funk. Their sound is defined by two members, Mátyás Premecz and Andy Hefler. Mátyás Premecz is a well­-known organ player on the Hungarian pop scene, playing with such bands as The Qualitons or Barabás Lőrinc Eklektric, but his name is always tied to his trademark Hammond organ and that’s exactly why Kéknyúl was founded – to be able to fully exploit the possibilities of the instrument. Andrew Hefler was born in Los Angeles and moved to Hungary in 1993. He’s an outstanding figure in the Hungarian cultural scene, being a renowned actor, director and singer. Of course the band and its sound wouldn’t be complete without the brilliant playing and interaction of the other six members.