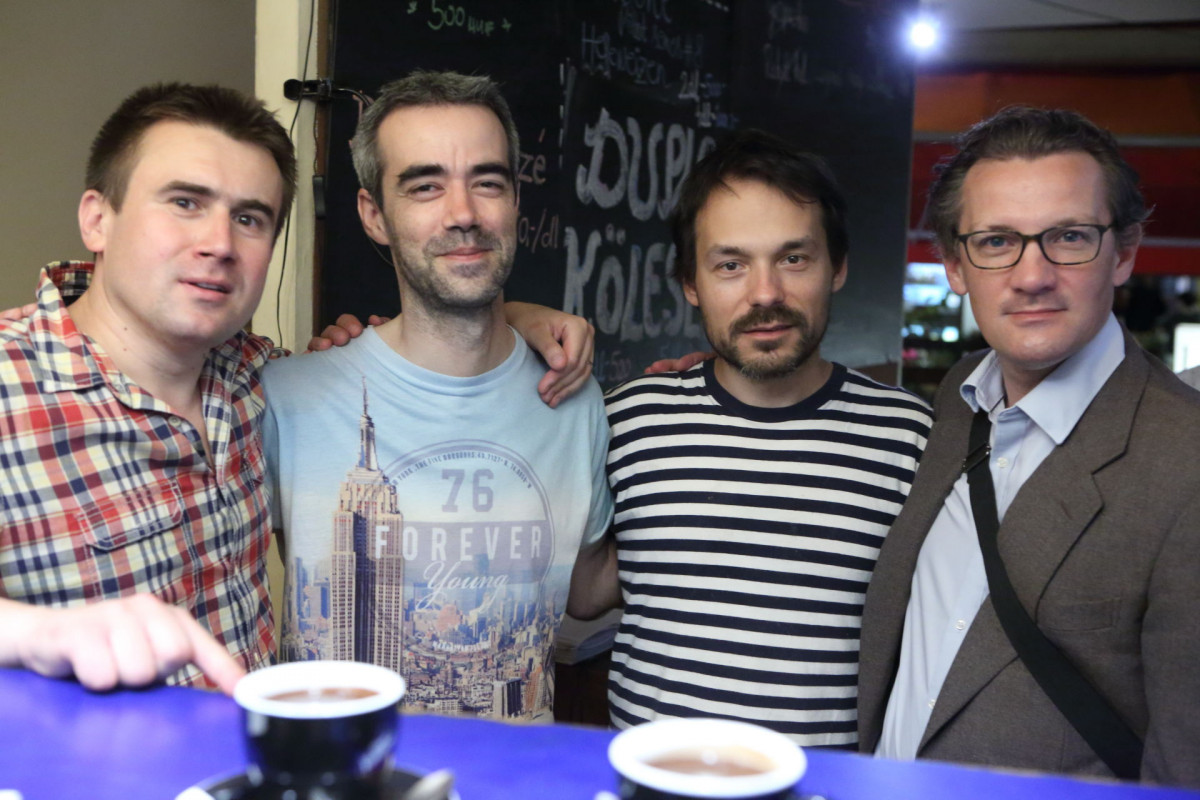 Zoltán Kalmár, born in 1976, played first in blues, rock, pop and funky bands of his hometown, Debrecen. However, right from the start, swing drumming has attracted him, after hearing Ed Thigpen, the legendary drummer of the Oscar Peterson Trio. He first played jazz with friends from Debrecen in 2001, and after moving to Budapest in 2008 he established his own mainstream jazz trio, playing gigs quite often with additional guest musicians. His present quartet of well-known Hungarian jazz performers is an organic consequence of this process. The music of the Zoltán Kalmár Quartet is based on legendary hard bop performers such as Joe Henderson, Cannonball Adderley, or John Coltrane.