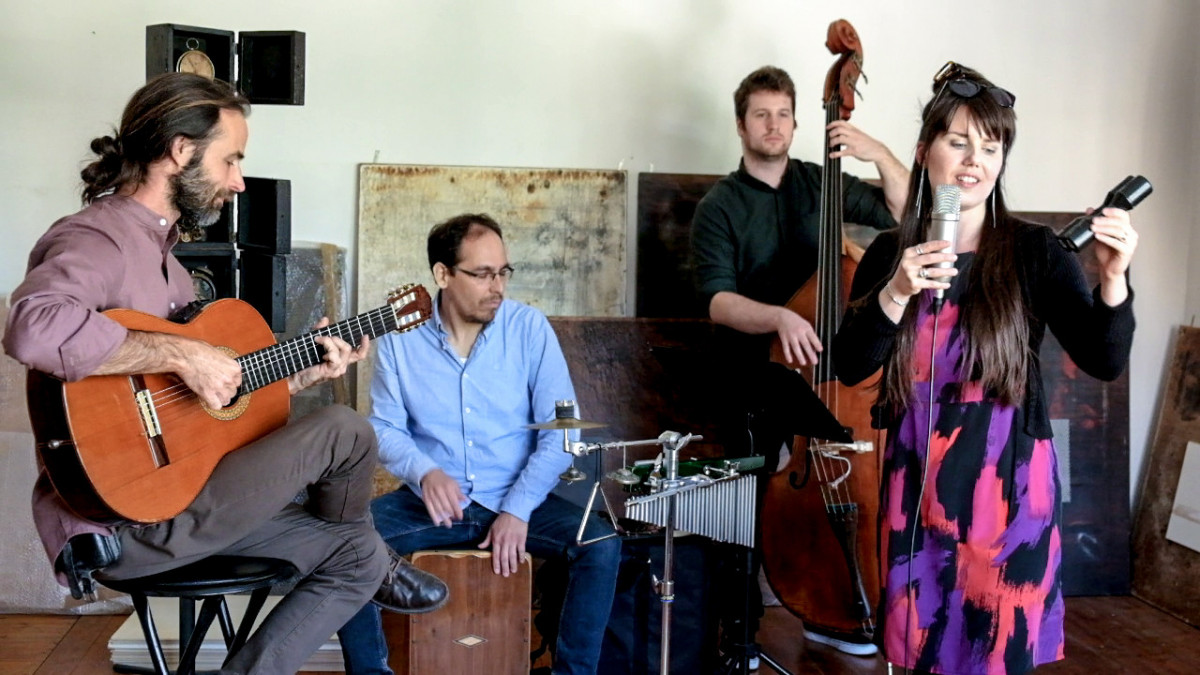 GALLERY TICKETS will be available ON THE SPOT before the concert even after online tickets are sold out. Please order your drinks downstairs at the bar. Looking forward to welcome you in Opus Jazz Club.

Anna Szlávics and Tamás Rock founded the Cirkusz-KA band to perform their own songs. Berlin, Paris, Hamburg, Cairo, Rome, Brussels, Wroclaw, Sicily, Barcelona are just a few of the cities where they have toured with their own, Hungarian speaking repertoire. Their fourth album, White, Gold, will be released by NarRator Records in December this year. This thematic album features songs that can be related to the winter season, but at the same time these compositions are connected not so much by the theme of the lyrics as by the landscaping sound, which is also supported by meditative, sound design elements.

"During the processing of the songs, we gave ourselves the freedom not to limit our minds to the possibilities of performing on stage. After making the record, we started to arrange the songs on stage. For December 11, we are preparing with songs from the new album that have never been heard live, but most of the older songs will also be presented in a new instrumentation. György Andi will play with us on violin, Márton Somogyi piano, Bence Pantali electric guitar, flutes, there will be a one-time, unrepeatable musical encounter" – promises Anna Szlávics, the band's singer-songwriter. The Opus Jazz Club audience will be one of the first who can listen to the new album material.