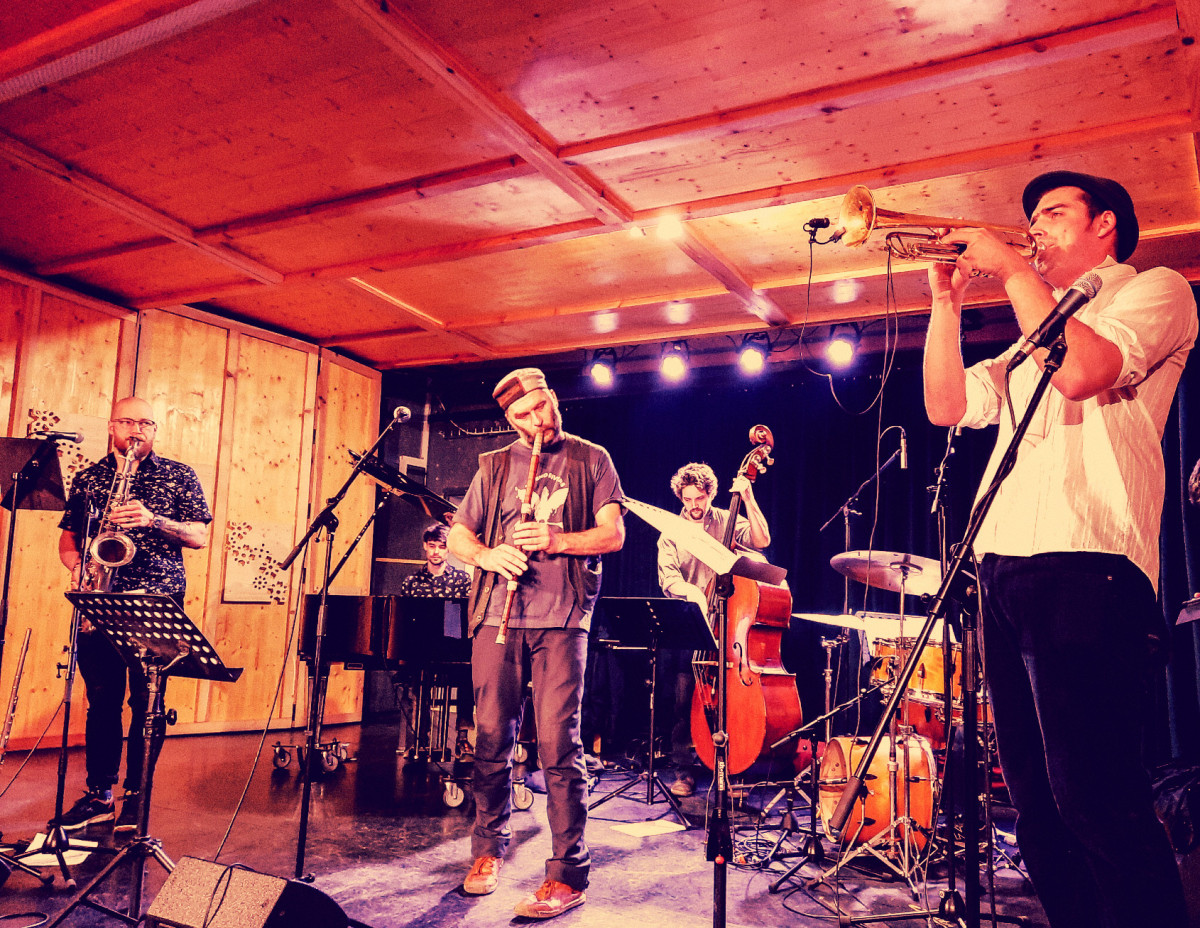 The energetic music of the band of five young musicians called Ég Alatti 5 has been heard by the audience since 2015. Since then, they have performed in many venues in Budapest and the countryside. The backbone of their show is provided by their own compositions, which in their style and momentum mostly evoke the hard-bop and modal jazz music of the ’60s, yet are unique in nature. Sometimes inspired by natural impressions and various folk music, they strive to create their own, organic world of sound. The friendship between the members and the compositions of Udvardi and Baló open up free space for the flow of live music. In the first half of the concert, the band will play their own compositions, to be recorded later in 2022. In the second half, they will be joined by Ferenc Ségercz, a key figure in the Transylvanian folk scene: their dynamism and sound is combined with the musical impressions of Gyimes Valley and Moldva, as well as the sound of the pipe, resulting in a real stream of ethno jazz.