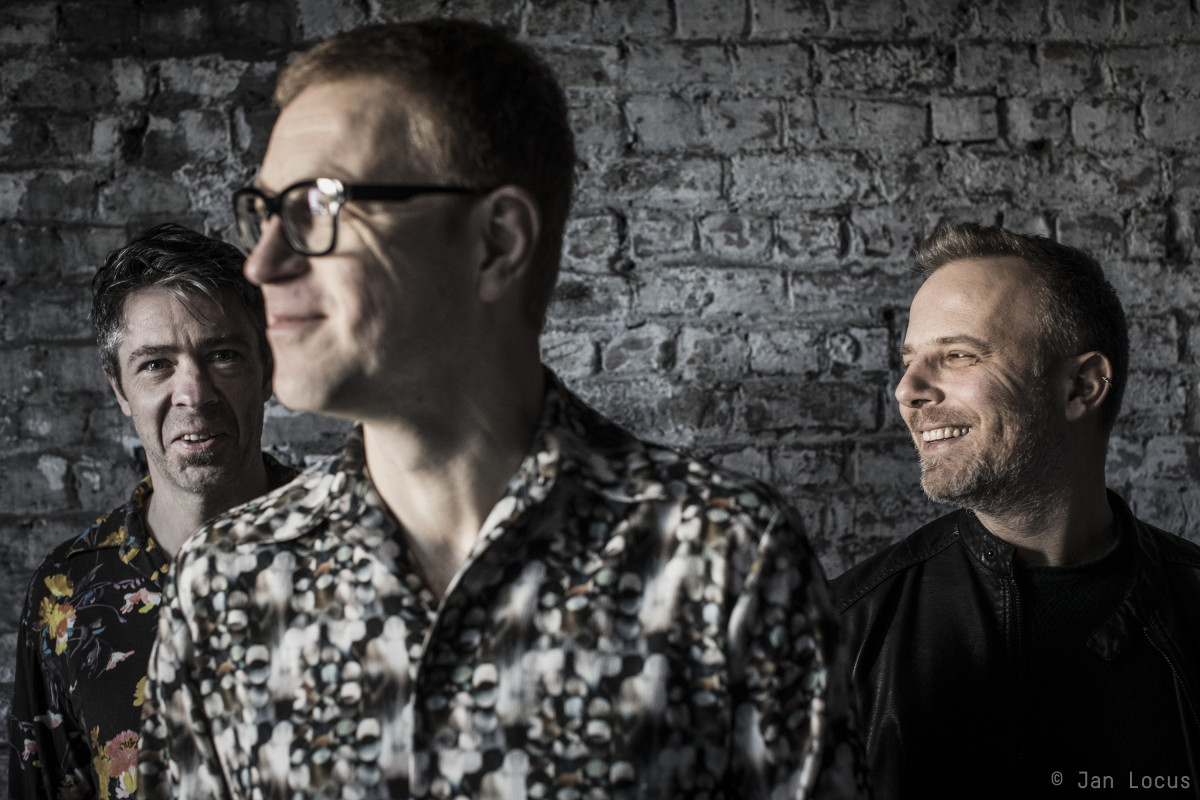 Flanders on the Move | Too Noisy Fish (BE)

Looking for a band that unites a conceptual approach with refreshing creativity and an explosive spontaneity? Look no further: active since 2011, Too Noisy Fish has already become a remarkable force in Belgian jazz. The fact that the musicians – pianist Peter Vandenberghe, bass player Kristof Roseeuw and drummer Teun Verbruggen – have also been Flat Earth Society’s rhythm section since 1999 (!) definitely helps. These people have been refining the art of interaction for years and have become experts at it. In their hands, music turns into clay, something to mold according to their needs.

Since its inception, the band has toyed with a few recurring ideas and contradictions. Strong contrasts and tumultuous dynamics are often at its core. Vandenberghe’s compositions often include diametrically opposed ideas, with music that can be both direct and intricately layered, delicate/refined as well as hyperkinetic and forceful. It is often tightly executed and possessed by a healthy dose of humor and nonsense, but also aiming for something more than postmodern irony. It's like a mirror to life, in all its unpredictability and iridescence. Joy and frustration, but also the ability to put things in their right perspective.

Fast Easy Sick (2011) was a debut that turned heads, as the band managed to combine rock & roll intensity with avant-garde boldness, delving into jazz’s immense history while also turning to the margins for inspiration. Follow-up Fight Eat Sleep (2013) was recorded by Oz Fritz (Tom Waits, John Cale) and became a confirmation of all their strengths. Resolutely wild at heart and eternally curious, the band continued to build up and break down, with a tremendous love for the genre and a reckless abandon that turned everything upside down. Brash expressionism, eerie film samples and a relentless energy combined in an 11-part juggernaut.

After Nightwatch (2016), a project with lauded author Dimitri Verhulst and video artists Trisha De Cuyper and Jan Lapeire, the band will return to Oz Fritz to record album #3: Furious Empathic Silence. The next step in their creative and existential quest. Taking their inspiration from 20th century composers (Ives, Ravel, Messiaen), jazz icons (Miles, Monk, Cecil Taylor), hiphop and other influences, the trio once again sets out to create music that will surely ask questions (maybe even the right ones) and perhaps offer answers. Or not. In any case, the journey once again promises to be colorful, daring and filled with surprises.