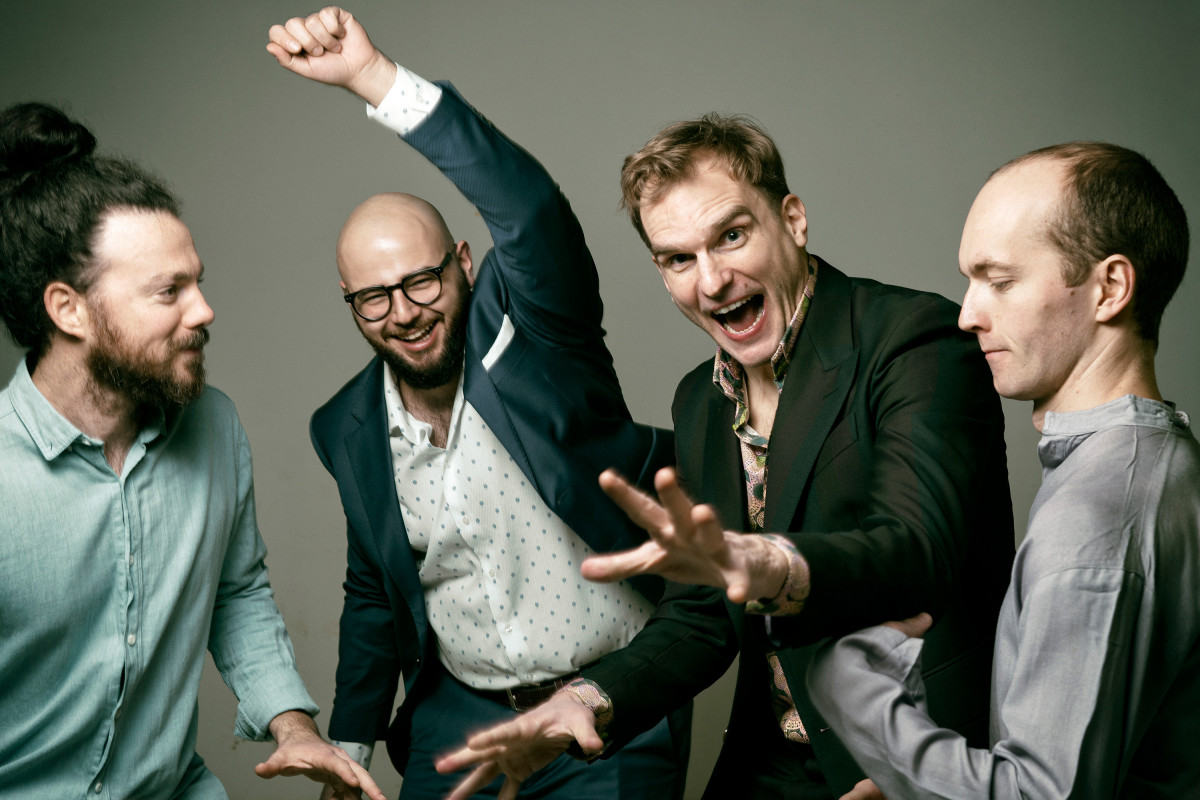 “between cabaret and schizophrenia” Concerto

With its refreshingly innovative music, the KUHN FU demonstrates that arbitrarily drawn boundaries have no place in music-making. Founded in the Dutch city of Groningen by the German guitarist and composer Christian Kühn, the quartet includes musicians from Israel, England, and Turkey. They classify their music as a post romantic jazz/rock disorder, which can sound as viscous as lava or take on manic dimensions that lead to hard clashes. KUHN FU’s sonic tones are propelled by distorted guitar sounds as well as Ziv Taubenfeld’s bass clarinet – an essential improvisational tool. Audiences are taken on an emotional soundtrip where they explore absurd melodies amid the heavy buzz of early rock music. Their third record Chain the Snake will be released by Berthold Records March 22nd. 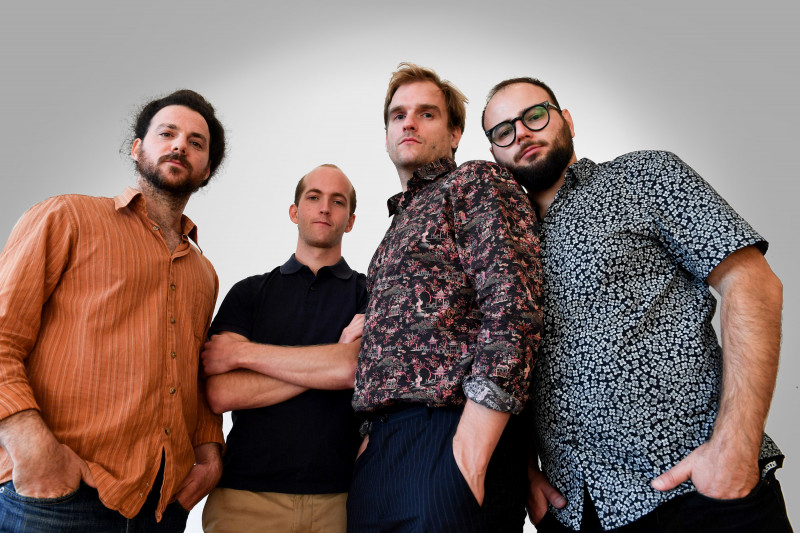