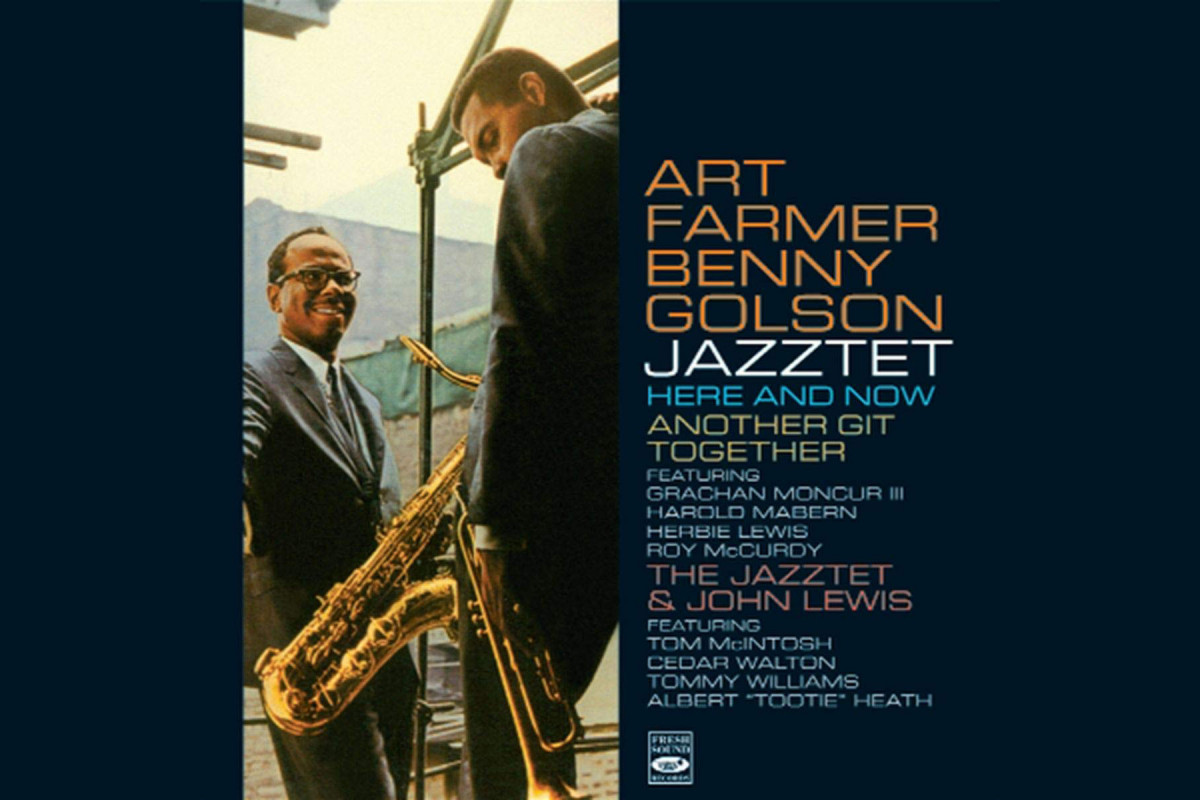 The Jazztet was founded in 1959 by Art Farmer trumpetist and Benny Golson saxophonist, also the only two members of the sextet who remained from the beginning to the end. Despite the changes in the rhythm section and trombonist positions, the band was able to launch the careers of jazz musicians like McCoy Tyner and Grachan Moncur III, of whom the latter is present on Here and Now as well, bringing an original composition with him.

The 1962 album has but absolutely attractive numbers to show, which makes its lineup quite homogenous - in the best possible sense. Although there is only one truly famous song on the record, which goes by the name of Whisper Not - part of the soundtrack of United States history, without a doubt, all numbers feel familiar as they are written with tremendous taste and intellect. The fact that 4 out of 6 band members noted compositions on the record, makes it even more interesting.

It is also the sensual and instinctive energy that tends to mediate through the best swinging songs of jazz history. The musical language of Here and Now suggests wisdom and elegance, but curiosity and playfulness, too. It doesn’t try to hide the meaning of the human experience, which makes it utterly comforting to listen to. Here and Now is one of the last publications of the first generation Farmer/Golson Sextet. It is a complete result of a genuinely earthy concept of jazz history.

2-person season tickets for 4 concerts are available for 20.000 HUF on the spot and online at bmc.jegy.hu/seasonticket.