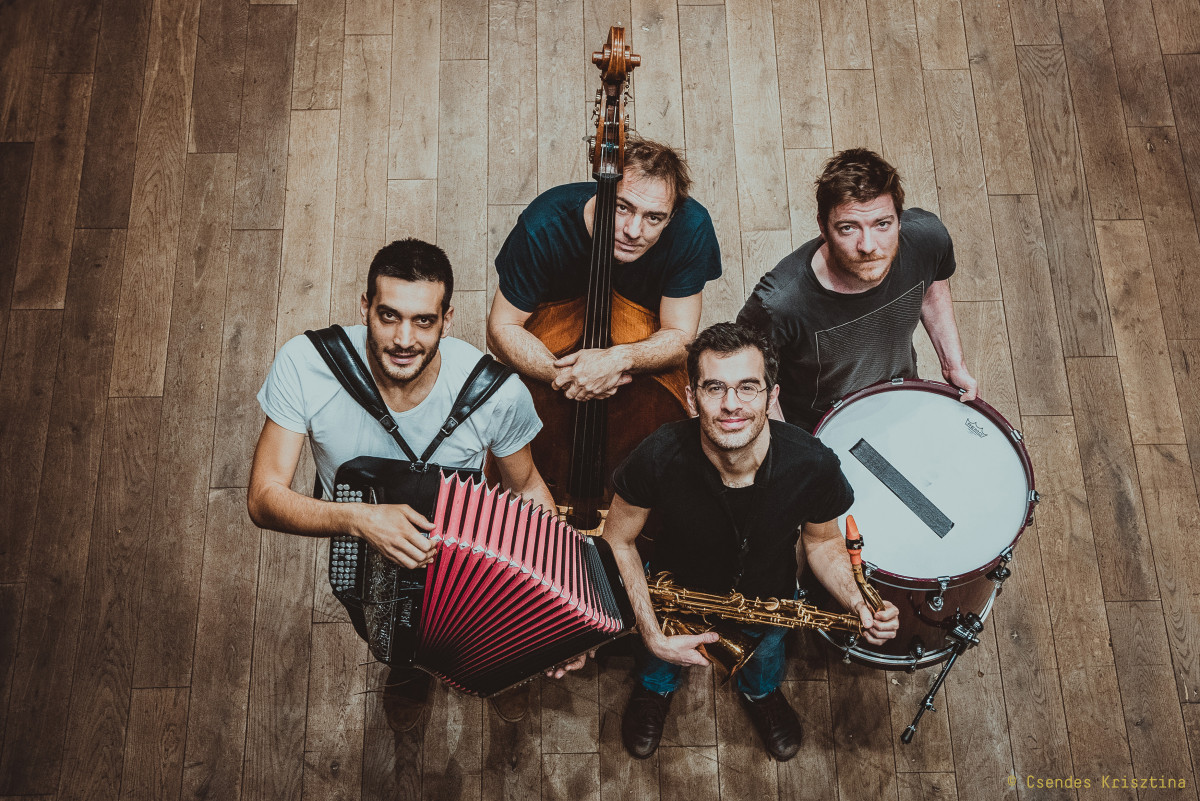 “It’s wild, but immaculately played, and Pulcinella’s affection for good songs from any source is very evident.” THE GUARDIAN ****
“Toulouse-based quartet making a joyful noise with a spicy cocktail of East European folk dance rhythms and contemporary jazz extemporisation.” JAZZWISE ****
“The reasons to go for this enchanting album « ¾ d’once » are all good reasons.” LES INROCKS

Made out of four major actors of the Toulouse scene, Pulcinella is surprising by its high energy and fertile imagination. «Punch», the classical character that originated in the commedia dell'arte of the 17th century is claiming for an extravagant music, generous and dynamic. With a very special sense of story-telling rising from the compositions and arrangements, Pulcinella offers an access to an inventive and original musical world. Hard to classify, the music of the band is full of colours and unpredictable characters. Pulcinella plays an omnivore kind of jazz, fond of rock, tango, musette, and Eastern European music... all in order to serve musical stories and sparkling colourful pictures!

Pulcinella recorded their 5th album two years ago at BMC’s studio. The resulting 3/4 d’once was critically acclaimed, followed by extensive touring. Meanwhile the guys prepared the material for their next one, to be recorded again at BMC, after presenting it on stage of the Opus.