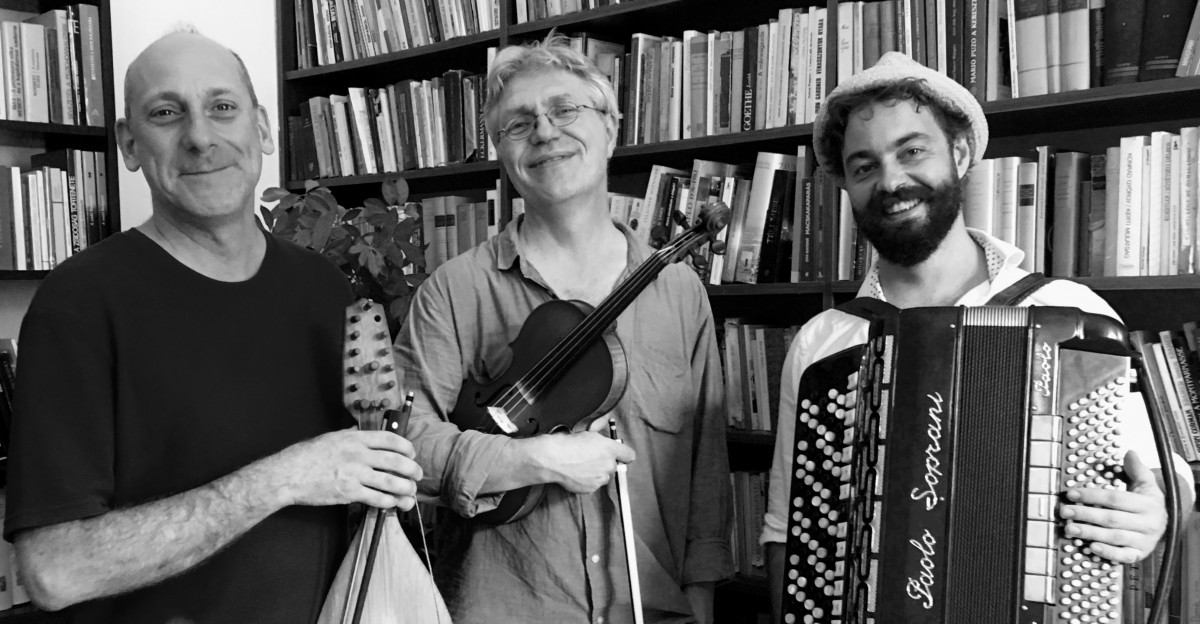 Two years ago, three musicians, who were also at home in theater circles, thought that they would call the sounds, rhythms and melodies they played in the plays directed by János Mohácsi to an independent life. They thought that the stringed strings of different origins, tearing apart from the system of a theatrical performance, could also come into contact with each other and tell further stories to both the musicians and even more so to the audience. And over time, more and more new melodies and rhythms emerge in the sometimes seemingly endless sound maze of the Trio Sordini.

Composition and improvisation, traveling from everywhere to everywhere: More than an hour and a half of unstoppable sound streams in two parts.