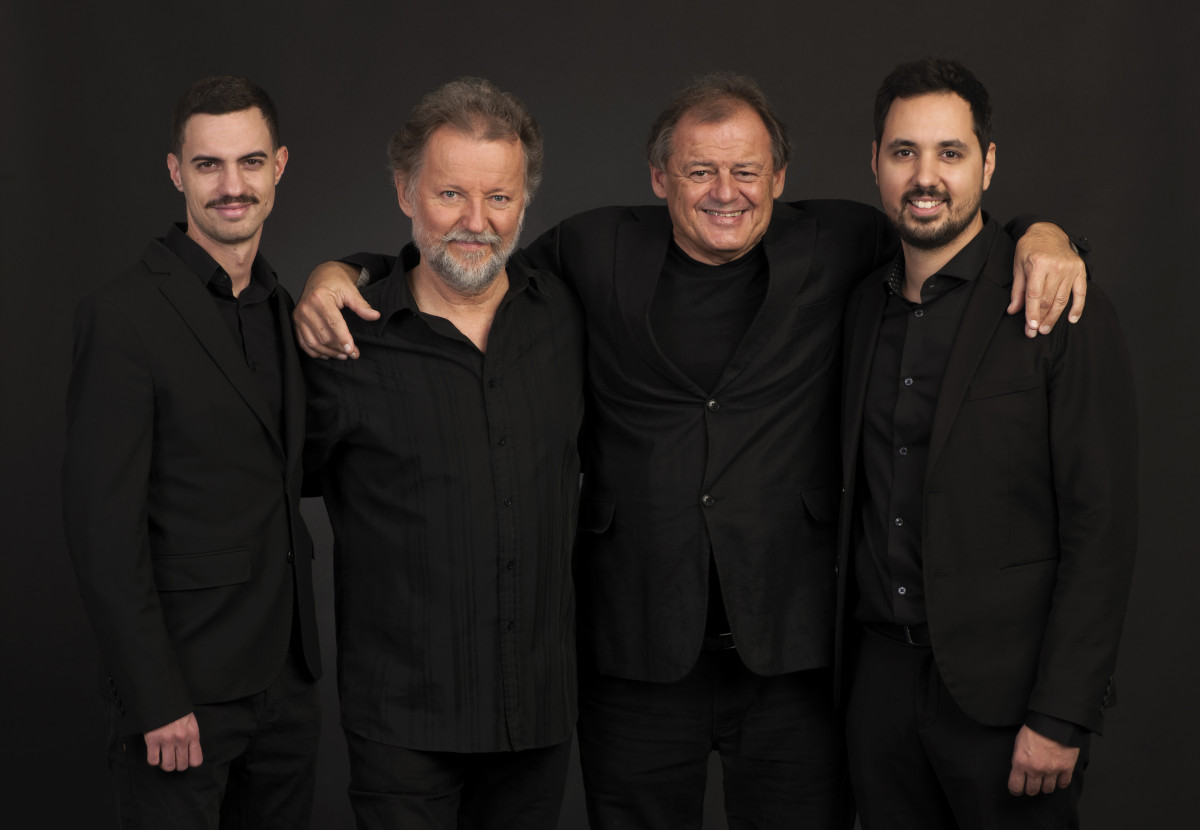 The legendary Binder Quartet (Károly Binder, Mihály Dresch, Róbert Benkő, István Baló) in the late seventies and early eighties was one of the most original and defining formations of Hungarian jazz at that time. After the breakup of the band, Károly Binder achieved significant success as a composer and performer: he won the first prize of the Kalisz International Piano Competition, the Ferenc Erkel Prize, the 1991 Jazz Record of the Year award, the eMeRTon Prize for the best soloist, the first Hungarian Radio Jazz Competition and the Artisjus Award. He formed a band again after no less than forty-nine albums. He made several records with his regular partner, Mihály Borbély. In the spring of 2012, they started working with drummer Ákos Benkó (who was replaced by Tamás Hidász in the band two years ago) and bassist Tibor Fonay, and the quartet also released four CDs (Retropolis II, Összegyűrt kottafejek, Old Dreams New Dimensions and Nevergreens). At this concert, the compositions of their new album, Blumenseele, released last year, will be performed in a quartet with saxophonist Mihály Borbély, bassist Tibor Fonay and drummer Tamás Hidász.