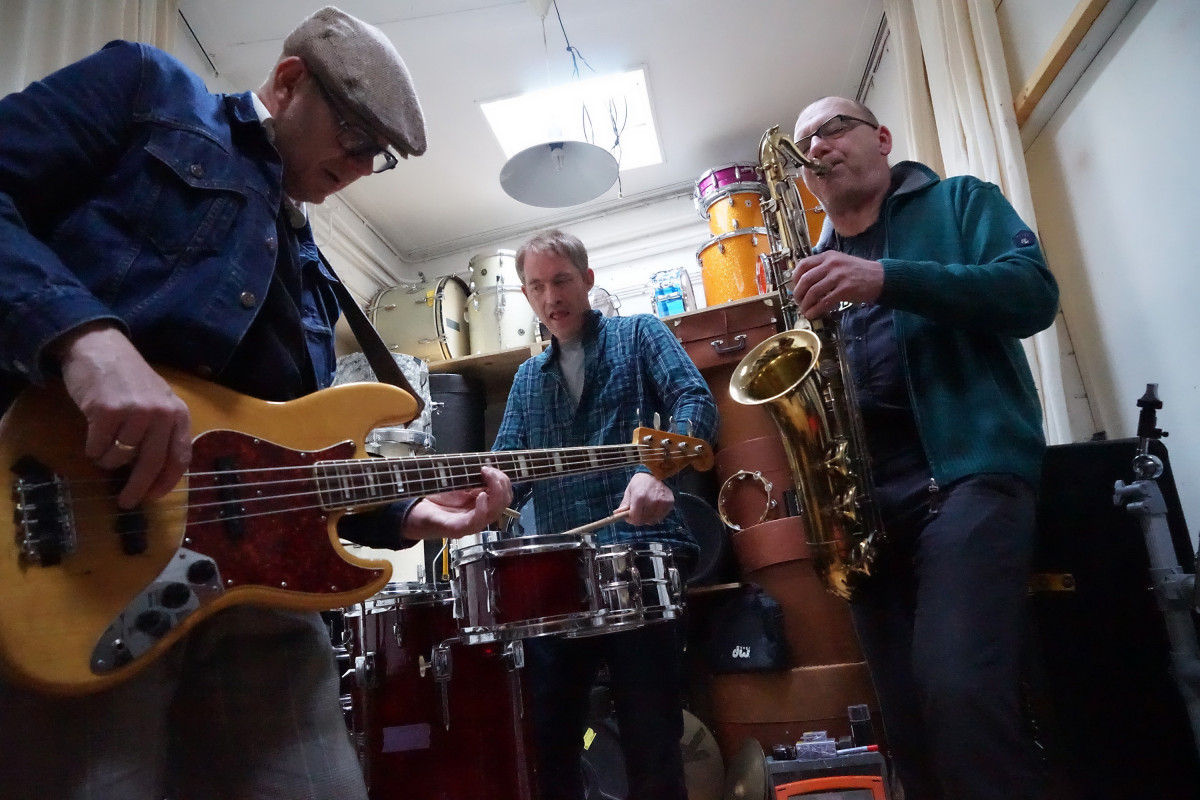 Just like the olympic 100m dash, a concert by the Amsterdam free-funk trio DASH! is a profound, almost physical experience. Invariably, audiences rave about how the band combines complex interplay with a committed yet easy going stage presence. With deceptively simple material, DASH! creates a musical universe all of its own, a universe in which only the notes that matter are played in a highly transparent fashion. This results in a very intense, minimalistic and almost hypnotic band sound filled with moments of uncurbed swing, volcanic eruptions and whispering melodies.

DASH! started in 2004 as an octet and restarted in 2012 in its current trio line up. Leader Maarten Ornstein is an award-winning saxophonist and clarinetist who works with leading musicians from jazz, classical and Arabic music. He played at the Opus with Sunna Gunlaugs in 2017. His eclectic playing has been featured on over 30 CD’s by a wide variety of international ensembles, including his own. Completing the trio are bassist Alex Oele and drummer Eric Hoeke, both among the most highly praised musicians in The Netherlands and members of bands such as SFeQ, Kraak & Smaak and Zuco103.

DASH! released their fourth album, Rewired, on Zennez Records in the end of 2019.