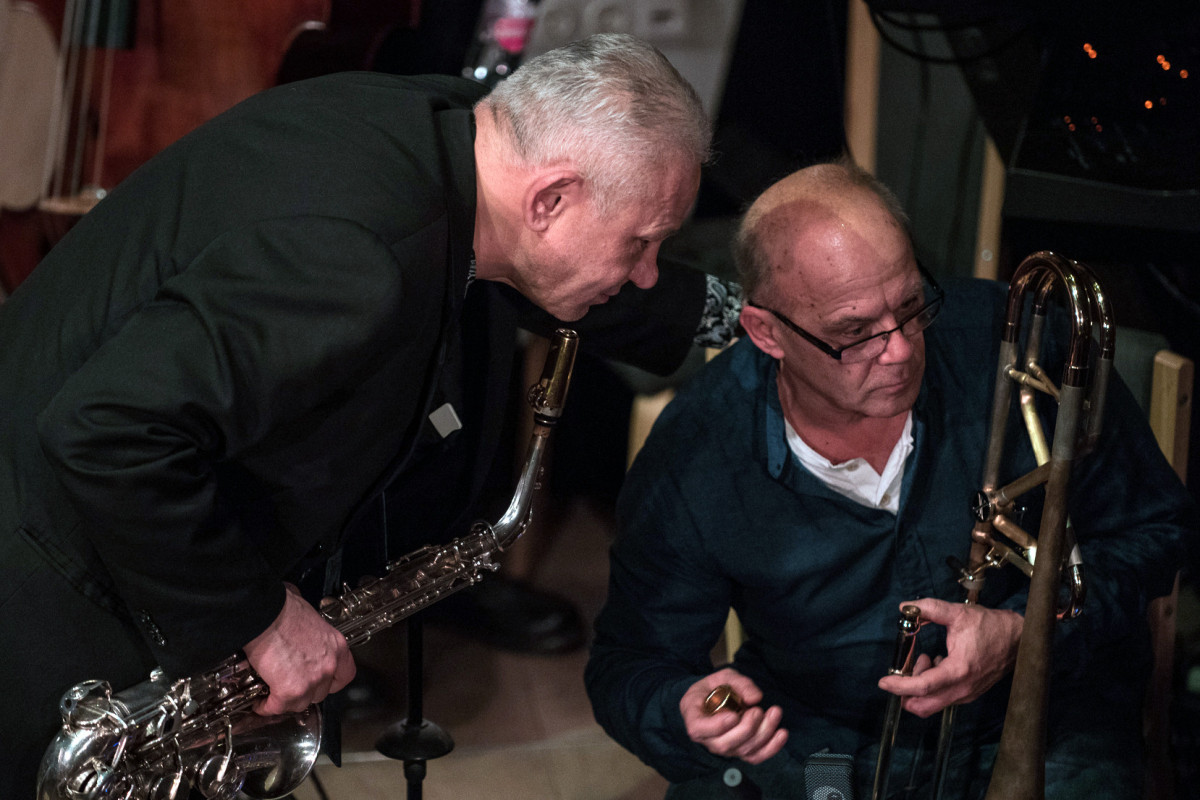 In February this year the visitors of Opus Jazz Club and, due to a live YouTube broadcast, also listeners on the web could enjoy an exciting concert of a group, called Grencsó Spontaneous Music Ensemble. In accordance with their name, both their lineup and the music they played were characterized by a complete spontaneity – of course not without antecedents. The musicians, all of them prominent representatives of improvised music, have never before entered the stage in that lineup, while each of them were connected to the others by means of numerous previous projects.

The same could be said about the present-day performer of the club, this time called Grencsó Spontaneous Chamber Ensemble. Along with Grencsó on woodwinds, László Gőz played various brass instruments also on the February concert, while the other two excellent musicians, Stevan Kovács Tickmayer and Máté Pozsár, are also steadfast companions of Grencsó, in various formations. The spontaneity is guaranteed both of the fact that this lineup didn't enter the stage so far, neither, and its uncommonnes of two winds and two keys, culminating in a musical encounter of four distinct musical individualities, each of them being matured through many years of composition and improvisation. 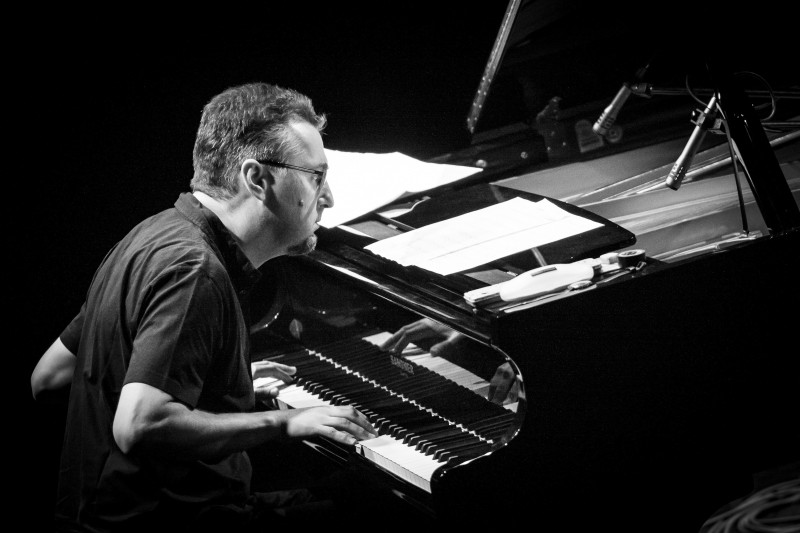