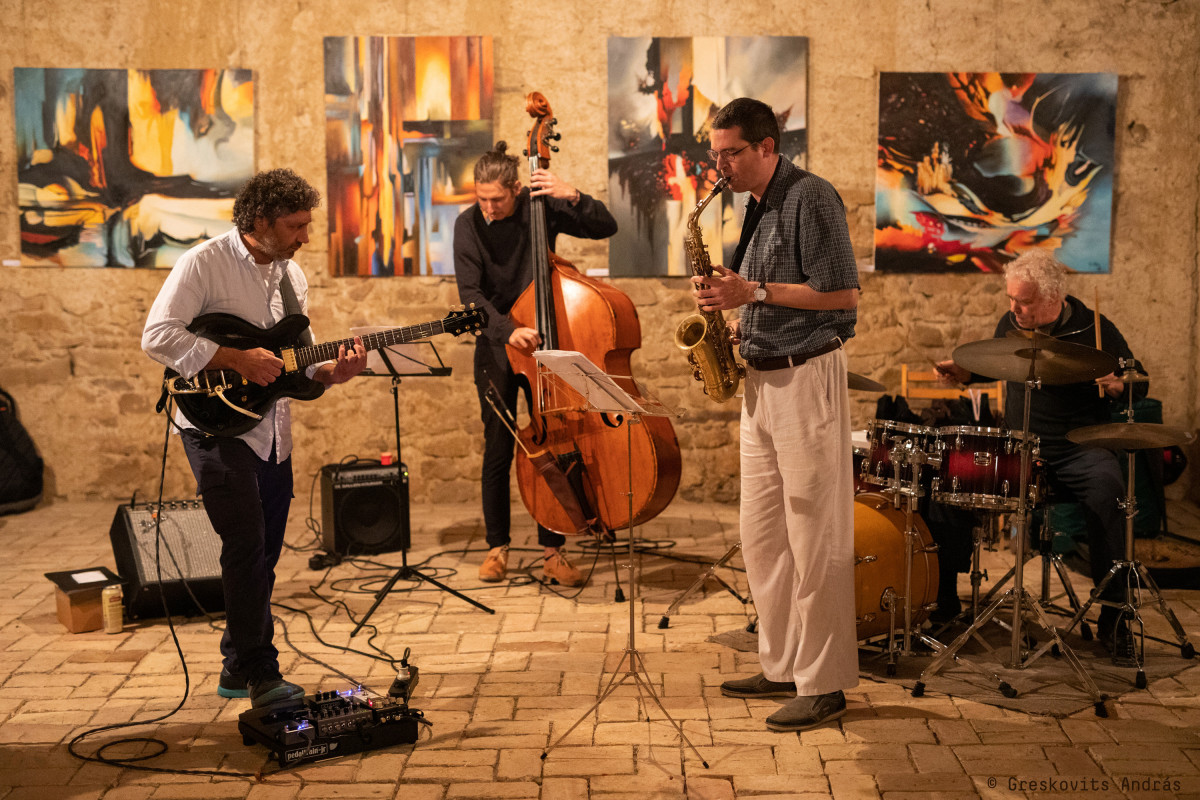 The Párniczky Quartet forged a unique signature sound that originates in jazz, contemporary classical and Hungarian folk music. The band was formed in 2016 with the aim of playing adaptations of Béla Bartók’s pieces, as well as of getting inspired in their improvisations by Bartók’s artistic world. As Raphaël Benoit from Citizen Jazz put it: “Bartók’s music is airy and creates a characteristic space. And this musical space is what the Párniczky Quartet can grasp, and give back freely and perfectly. Mastery and fresh impetus for Bartók's repertoire.”

András Párniczky and his bandmates, Péter Bede and István Baló, played with Nigun, the guitarist’s other group, more than 300 gigs around the world, including venues like the New York Guggenheim Museum, Brussels Bravo Art Festival, Athens Technopolis Jazz Festival or Klezmor Festival Vienna. Marcell Gyányi, one of the most respected young representatives of his instrument not only in Hungary but also in Europe, joined them recently on double bass. Their first album, Bartók Electrified, mentioned by W. Royal Stokes (Jazz Times, The Washington Post) as one of the notable releases of 2018, was released on BMC Records. “Bartók Electrified is a consistent, great continuation of the outstanding composer of modern music.”  wrote Mathias Bäumel in JazzZeitung about the album. Its repertoire was performed with the collaboration of Frank Möbus and Daniel Erdmann at the MÜPa, while recently the quartet has been touring with Carlos Bica and Dejan Terzic.