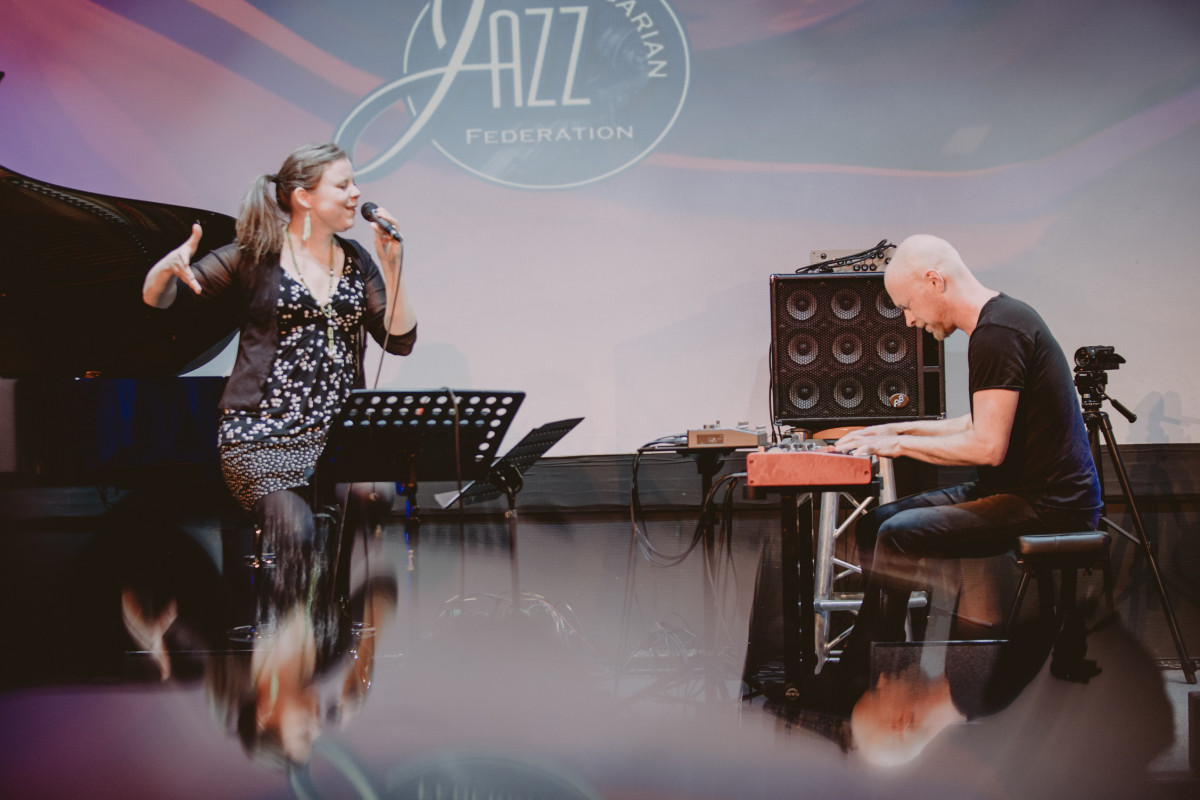 Tamara Mozes and Zsolt Kaltenecker met in 2017 in a jazz-electro ensemble where they co-composed several songs. They then began working on their own material specifically for keyboards (with various effects) and vocals (with French and English lyrics). They made their debut as a duo at the BMC Opus Jazz Club in Budapest to great acclaim. Their musical universe is a unique mixture of jazz, pop, rock, electronic sounds, progressive musical elements and improvisation. The music video for the song It Is Open was widely lauded by the press. They recorded their first full album in early 2022, which consists of their own compositions and some reworked pop songs.

"...a musical event that matched the power and totality of a theatrical performance… The complexity evokes Björk’s musical creations as well as Esperanza Spalding’s recent ‘all-arts’ projects. A very personal, world-class contemporary production was born, digging deep, demanding full openness and trust between each other, and with the public" (2021, Jazzma, Géza Barcsik)